CBIC issues press note relating to GST late fee for August 2017 to January 2020 to be discussed in the next GST Council meeting.

In a recent twitter post on 01.06.20, CBIC has posted a Press note wherein they have said that they are receiving lots of queries relating to late fees for the period August 2017 to January 2020 and people have been demanding to waive the late fees.

It has been mentioned that Late fees is charged so that a disciplined is maintained and people follow the rules and if the late fees is waived it would be injustice with the honest and compliant taxpayers.

However they have said that decision would be taken only after a meeting with the GST council. Hence, we can expect an announcement on same in the next GST council meeting. 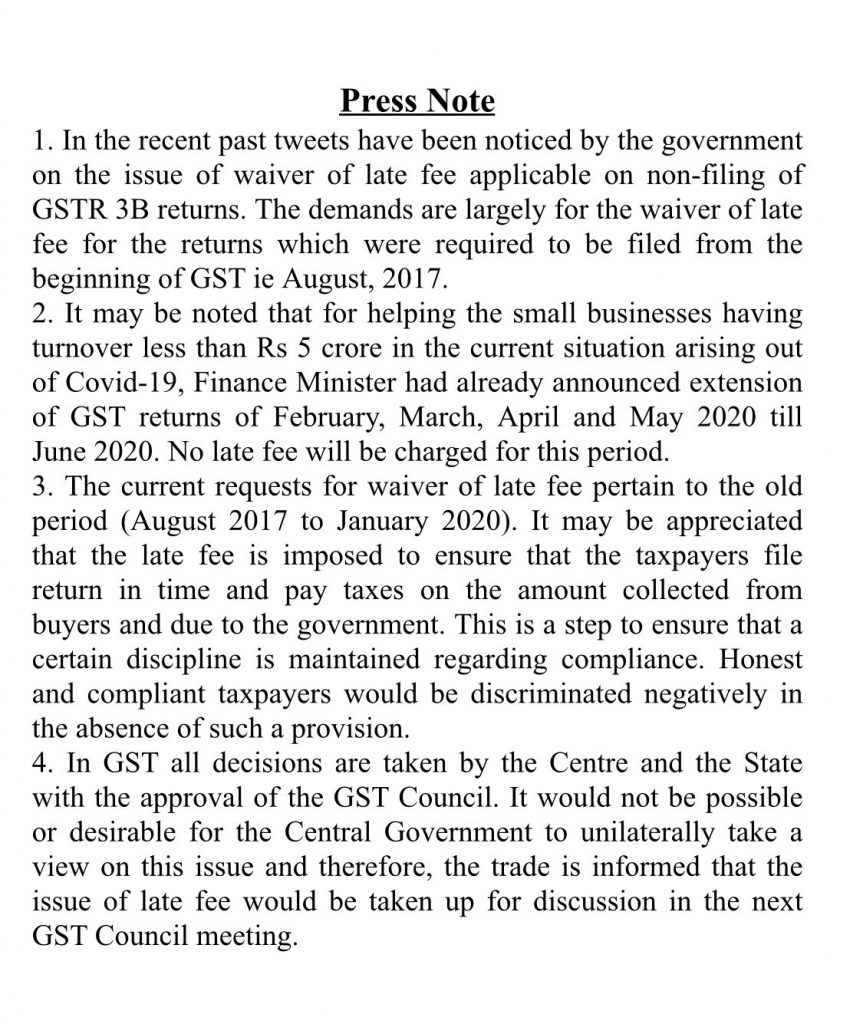 This article is just for information purpose and are personal views of the author. It is always advisable to hire a professional for practical execution or you can mail us. If you need assistance you can ask a question to our expert and get the answer within an hour or post a comment about your views on the post and also subscribe to our newsletter for latest weekly updates.

Amendment to rules for ​remuneration to be paid to an eligible Fund Manager u/s 9A of the I.T. Act

Amendment to rules for ​remuneration to be paid to an eligible Fund Manager u/s 9A of the I.T. Act