Recently we had discussed about the TDS rate chart under the Income tax Act which was release by Income tax department.

Sections other than section 195 where TDS on non resident is covered are as under:

Section 194LBB: Income in respect of units of investment fund.

Section 194LBA: Certain income from units of a business trust.

Section 194LBC: Income in respect of investment in securitization trust.

Section 194LC: Income by way of interest from Indian company.

Now, let’s have a look at opening words of section 195 of the Income tax act which deals with TDS on majority of the transaction with non-residents:

“Any person responsible for paying to a non-resident, not being a company, or to a foreign company, any interest (not being interest referred to in section 194LB or section 194LC) or section 194LD or any other sum chargeable under the provisions of this Act (not being income chargeable under the head “Salaries”) shall, at the time of credit of such income to the account of the payee or at the time of payment thereof in cash or by the issue of a cheque or draft or by any other mode, whichever is earlier, deduct income-tax thereon at the rates in force.“

If we have a look at the provision it speaks about any person responsible for paying to a non-resident. Hence, even if a non-resident is making a payment to non-resident TDS needs to be deducted by that non-resident if the payment is chargeable to tax in India.

This section applies to any person and without any threshold and not like many other TDS provisions which are applicable only on business transactions and have a threshold.

Hence, even a person making a payment to non-resident which is chargeable to tax in India as per provisions of Income tax Act, will have to deduct TDS on such transaction u/s 195 even if the payment is being made for personal expenses.

Do remember that “cess” of 4% needs to be added to above rates and surcharge if applicable.

Also, these are the rates defined under Income tax act, if the recipient of such payment is resident of a country with which India has a treaty i.e. DTAA and conditions of section 90 and 91 are fulfilled then TDS can be deducted at rates mentioned under DTAA if same are more beneficial.

Also, remember that in all cases Form 15CA needs to be submitted while making any payment to non-resident and in some cases one would even need certificate in Form 15CB from Chartered Accountant. Only when the transaction is transaction covered under sub rule 3 of rule 37BB is when this Forms are not required. We would discuss same in detail in future post.

TDS statement for TDS deducted on payment made to non-resident needs to be submitted in Form 27Q.

Consequences of non-deduction or non-payment of TDS:

Disallowance of expense u/s 40(a)(i): In case the expense is done for business purpose then 100% of such expense shall be disallowed as compared to 30% in case of resident. Hence, it is very important to deduct correct TDS while making payment to non-resident.

Prosecution u/s 276B: Assessee shall be punishable with rigorous imprisonment for a term which shall not be less than three months but which may extend to seven years and with fine.

Thus, this is a small discussion on TDS for payment made to non-resident.

If you need any consultation of CA expert or wants an expert to file your Income tax return CLICK HERE and book your slot.

Guidance on above article by: 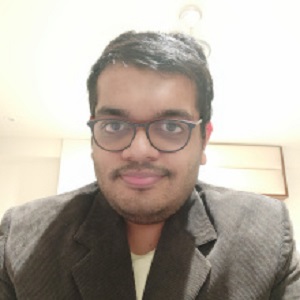