In a recent tweet by Income Tax department they have said that “To reap seamless benefits of income tax services, complete the vital link before 31st December, 2019”.

You can link your PAN and Aadhar by visiting the following link: PAN-Aadhar link

Hence from the above statement it seems that they are trying to say that this is the last chance to link your Aadhar with PAN or else you wont be able to use the PAN card i.e. they might make your PAN card inactive if you don’t link your PAN card with Aadhar as nothing has been mentioned as to what will happen if one will not link both of them.

The department needs to be more clear on the consequences one would face if they don’t link the above 2 documents.

The Hon’ble Supreme Court, in September last year, had declared the Centre’s flagship Aadhaar scheme as constitutionally valid and held the biometric ID would remain mandatory for the filing of I-T returns and allotment of PAN.

The date to link PAN card with Aadhar card was earlier extended in September 2019. 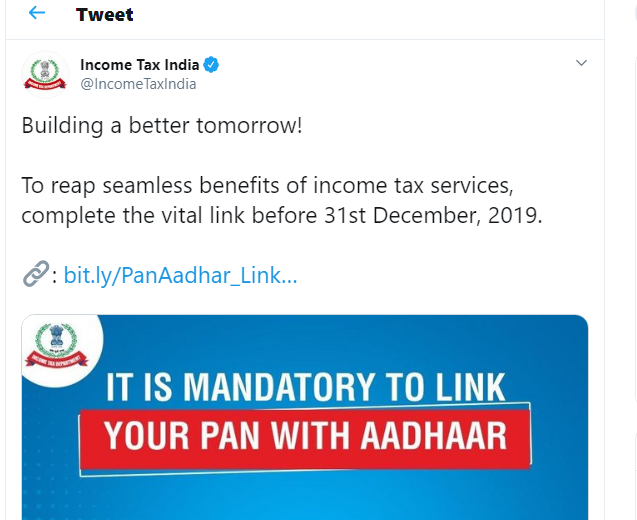 Surcharge announced with the new Corporate tax rate ordinance can be a game changer?