by GST expert
in GST news
1

However there was a proviso in that notification which read as under: “Provided that the said return shall be deemed to be furnished on the due date if it has not been furnished before the due date” and there were mixed opinions of experts on the above proviso. Some experts were of the opinion that if you don’t file your Annual return by the due date GST website would automatically file it and it will be deemed as filed by the assessee and few other were of the opinion that if you don’t file any annual return it won’t be your liability of anything mentioned in the annual return as it is optional to file annual return.

Now vide notification 124/43/2019 CBIC has clarified that annual return shall be deemed to be furnished on the due date if it has not been furnished before the due date for the financial year 2017-18 and 2018-19, in respect of those registered persons. Tax payers, may, at their own option file FORM GSTR-9/9A for the said financial years before the due date. After the due date of furnishing the annual return for the year 2017-18 and 2018-19, the common portal shall not permit furnishing of FORM GSTR-9/9A for the said period. Thus, from the above clarification it is clear that CBIC had received some queries and therefore they have now clarified that if some people think they had done some mistake in their GST returns for F.Y. 2017-18 (which many people would have done) it’s their last chance to rectify the same on their own. You can read the entire notification below: 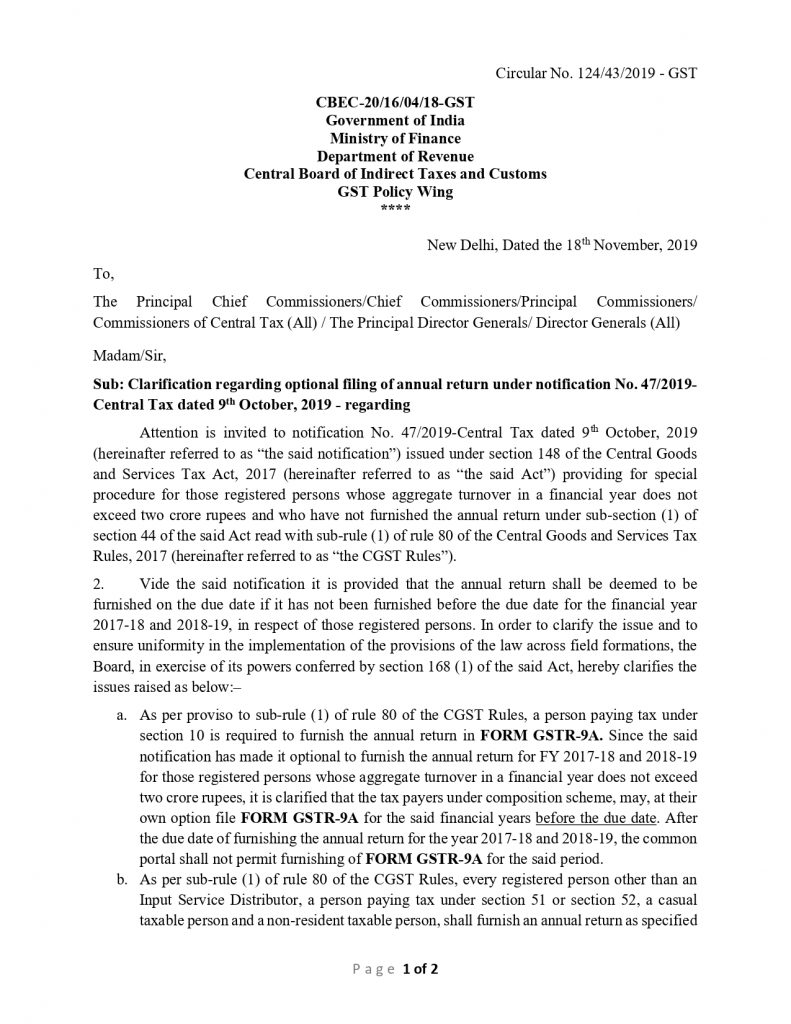 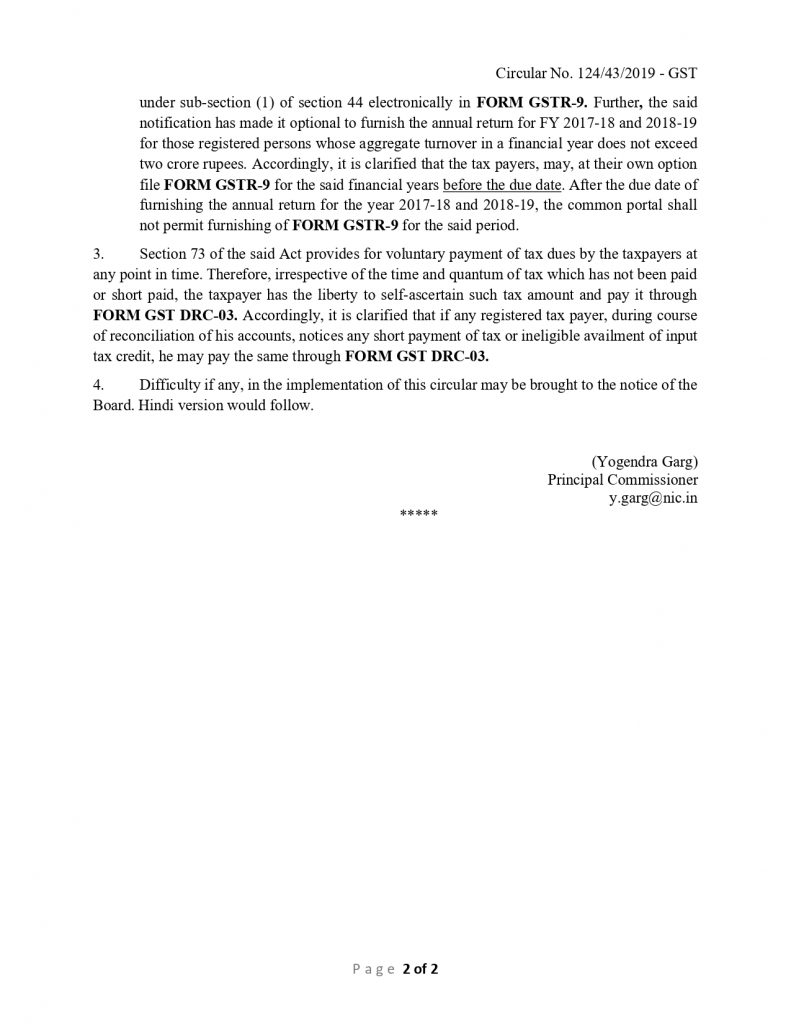 GST Registration cancelled if GSTR 3B not filed for past 6 months or more. Want to know why?