In the news a PDF is being circulated stating that OYO hotels which is one of the biggest start-up’s in India has filed bankruptcy under Insolvency and bankruptcy code (IBC).

Let’s understand what is IBC?

The Code establishes the Insolvency and Bankruptcy Board of India, to oversee the insolvency proceedings in the country and regulate the entities registered under it. 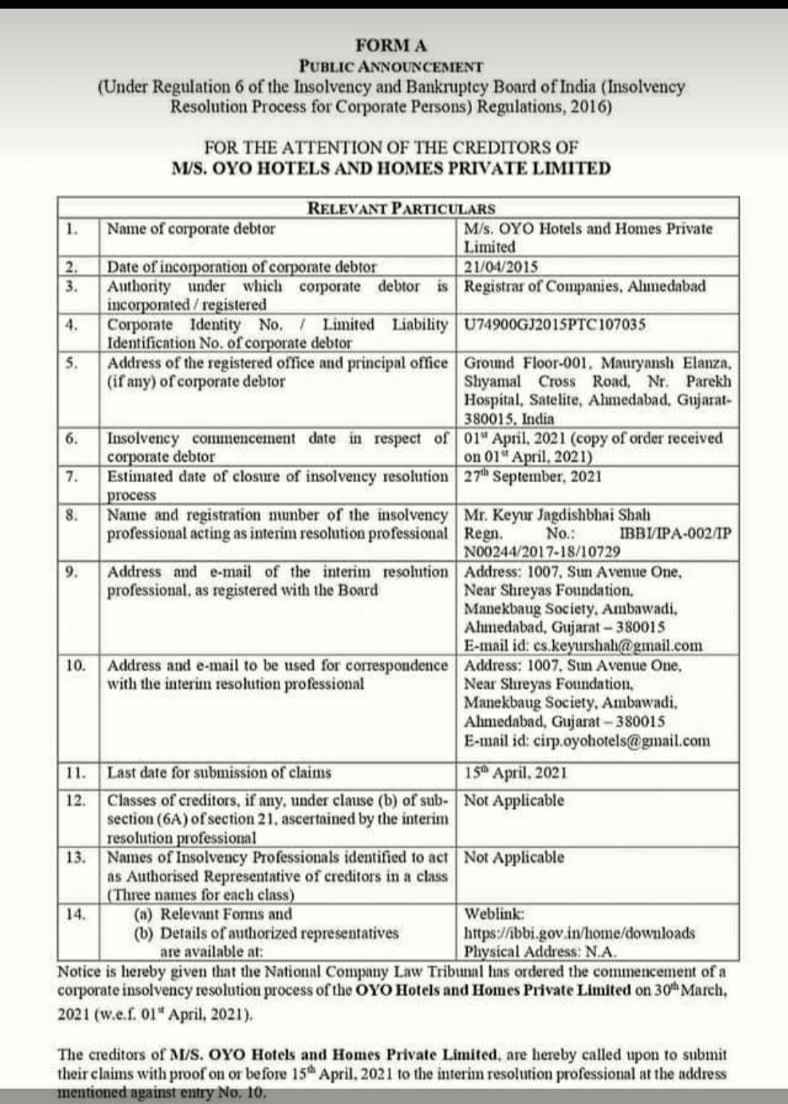 The above allegation is a very serious allegation for a renowned start-up to file bankruptcy and many big media houses were publishing this news, which created a panic in investors and people believed the same as because of pandemic the hotel and travel industry i.e. hospitality industry is not in a very good shape.

Clarifying the above rumors Ritesh Agarwal, Founder and CEO of OYO hotels on his twitter wrote that:

“There is a PDF and text message circulating that claims OYO has filed for bankruptcy. This is absolutely untrue and inaccurate. A claimant is seeking INR 16Lakhs (USD 22k) from OYO’s subsidiary leading to a petition at NCLT. 1/3

OYO has paid that under protest and amount already banked by the claimant. OYO has also appealed with the NCLAT about the matter. OYO is recovering from the pandemic steadily and our largest markets are operating profitably. 2/3” 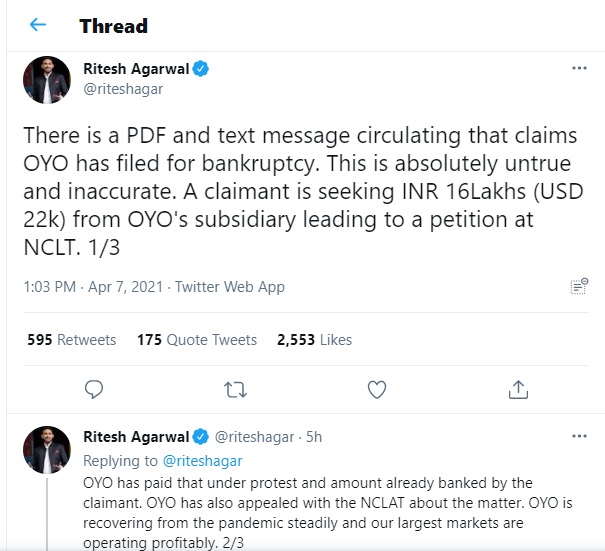 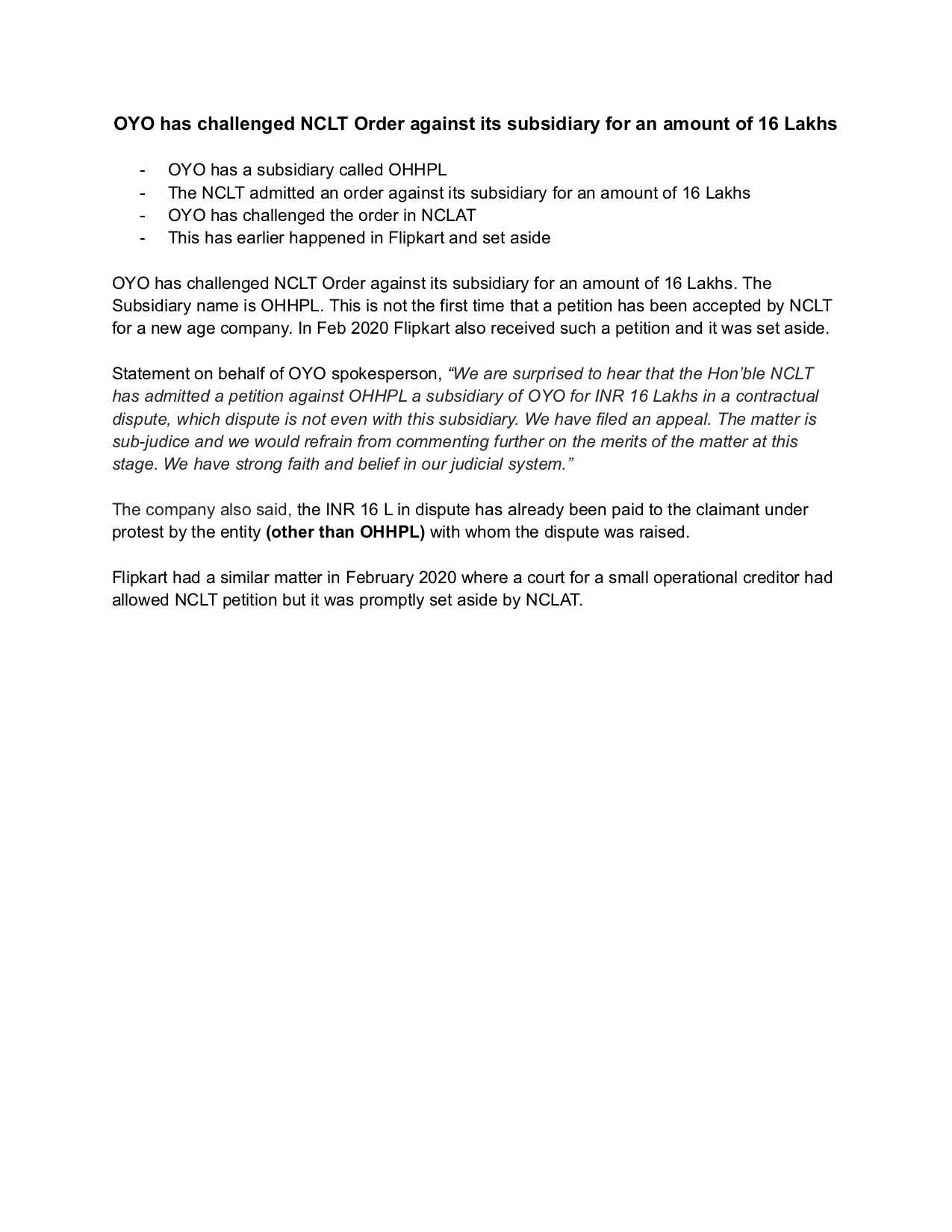 Thus, after the above statement from the founder it is clear that false statement is being published about insolvency and bankruptcy of OYO. One should not spread news without knowing the full facts.

All trust and charitable organisation's needs to mandatorily file CSR-1 Form with MCA if it wishes to take CSR funds from companies w.e.f. 01.04.2021