by GST expert
in GST news
1

In the last few years Aadhar card has been made mandatory for all most all government registration or documentation.

It has now been integrated for filing of return of income and linking the same is mandatory with PAN, there is Aadhar based PAN where you get PAN within 5 minutes without paying any fees.

Now, government has even made it mandatory to get GST registration.

Earlier also one could provide Aadhar number at the time of GST registration but there was no need to mandatorily authenticate the same.

However, now CBIC has made it mandatory to either authenticate Aadhar number or be ready for physical verification if one wants GST registration.

Vide notification 62/2020 – it has been made mandatory to authenticate Aadhar card number by amending sub rule 4A of rule 8 which is as under:

Till date no notification has been issued for person notified under sub section 6D of section 25.

Although, this rule has been amended from 01.04.2020, the rule shall be applicable only on application made after or on 21.08.2020. Thus, this rule shall not apply for the persons who already have GST registration.

Hence, from 21.08.2020, one of the following persons needs to authenticate their aadhar card number, Karta in case of HUF, partner in case of partnership firm, director or managing director in case of company etc. while applying for GST registration.

Further sub rule 1 of rule 9 has been amended to mandate physical verification in cases where tax payer doesn’t authenticate or fails to authenticate Aadhar number which is as under:

Provided further that the proper officer may, for reasons to be recorded in writing and with the approval of an officer not below the rank of Joint Commissioner, in lieu of the physical verification of the place of business, carry out the verification of such documents as he may deem fit.”

Although physical verification was done previously also but same was conducted on a test basis but now same would be conducted in each and every case where Aadhar is not authenticated.

Also, the rule for deemed registration has been amended which is as follows:

“(5) If the proper officer fails to take any action, –

(a) within a period of three working days from the date of submission of the application in cases where a person successfully undergoes authentication of Aadhaar number or is notified under sub-section (6D) of section 25; or

(b) within the time period prescribed under the proviso to sub-rule (2), in cases where a person, other than a person notified under sub-section (6D) of section 25, fails to undergo authentication of Aadhaar number as specified in sub-rule (4A) of rule 8; or

(c) within a period of twenty one days from the date of submission of the application in cases where a person does not opt for authentication of Aadhaar number; or

(d) within a period of seven working days from the date of the receipt of the clarification, information or documents furnished by the applicant under sub rule (2),

the application for grant of registration shall be deemed to have been approved.”

Also, now after implementation of this rule the GST practitioner/ CA needs to be aware while applying for GST number and try to use mobile number and E-mail id of client or ask client to update current mobile number and email id in Aadhar number or they might see such error.

Looking at the number of cases of Fake GST number being registered for ITC, this is a welcoming step. 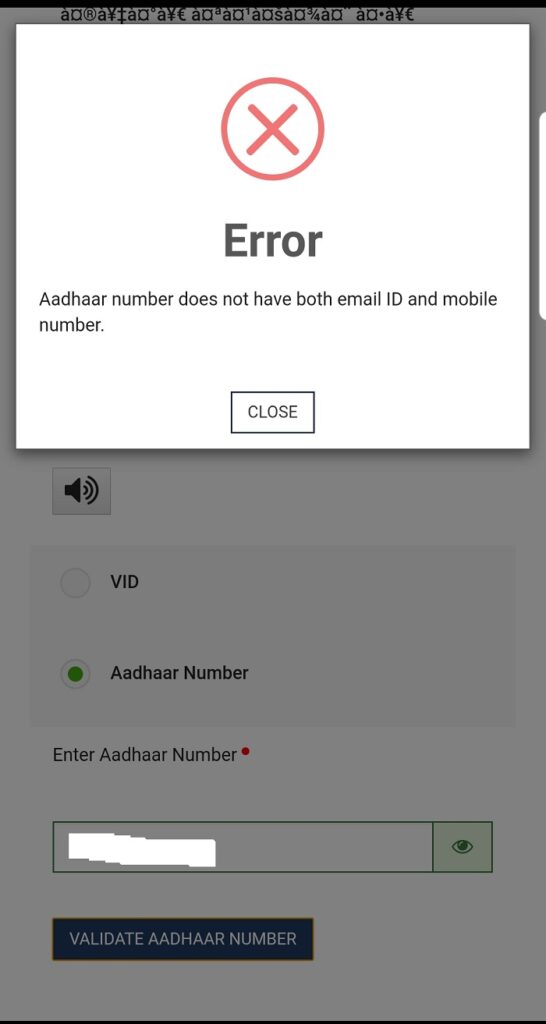 To book your consultation with our expert relating to GST CLICK HERE.

Conditions and guidelines for exemption of income earned by pension funds