Whatsapp has been the most used app and now they have even reported that everyday 100 bn messages are being sent and received on their platform which is a big number.

From last many year’s we have heard that Whatsapp pay is going to come with it’s UPI payment system where people can transfer money in their Whatsapp chat.

However due to some issues it was limited to some users only and it was earlier rolled out in a phased manner.

However now NPCI i.e. National Payments Corporation of India (a government organisation that regulates and operate retail payment and settlement system) in a press release on 05.11.2020 has given approval to Whatsapp to go live on UPI with multi-bank model.

In the press release NPCI stated as under:

“National Payments Corporation of India (NPCI) has given approval for WhatsApp to ‘Go Live’ on UPI in the multi-bank model.

WhatsApp can expand its UPI user base in a graded manner starting with a maximum registered user base of twenty (20) million in UPI.”

Now within a few days you’ll see a new update from Whatsapp which will allow you to send and receive money within the Whatsapp chat itself.

Till now it was only available to few users but now it will be available to all the users and for using this you need to have Debit card and mobile number linked with your bank account and which is set up in your Whatsapp.

Earlier Paytm was mostly used to transfer money in a digital manner and later Google pay took some market share with it’s UPI based system and security but now with Whatsapp coming in, it might threat both Paytm and Google pay the two big players in this game. 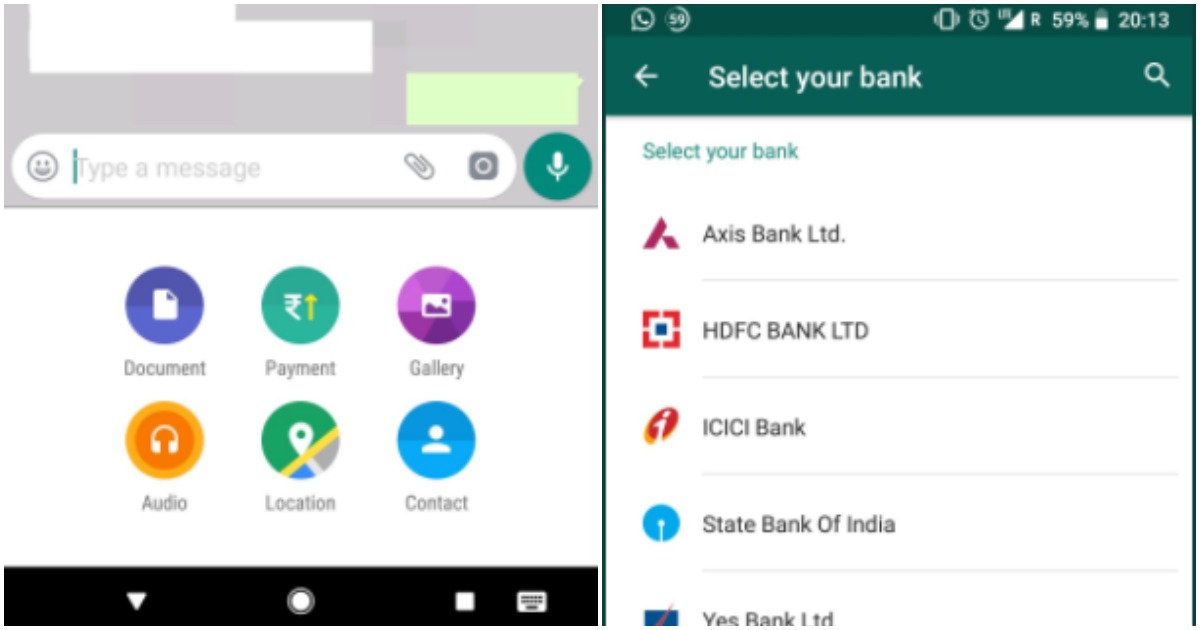 Along with this NPCI has also announced the following restrictions for third party app providers which includes Whatsapp:

National Payments Corporation of India (NPCI) said that with UPI reaching 2 Bn transactions a month and with potential for future growth, it has issued a cap of 30% of total volume of transactions processed in UPI, applicable on all Third Party App Providers (TPAPs). This will be with effect from January 1, 2021. It will help to address the risks and protect the UPI ecosystem as it further scales up.

The cap of 30% will be calculated basis the total volume of transactions processed in UPI during the preceding three months (on a rolling basis).

The existing TPAPs exceeding the specified cap, will have a period of two years from January 2021, to comply with the same in a phased manner.

The third party app providers include:

About NPCI:
National Payments Corporation of India (NPCI) was incorporated in 2008 as an umbrella organization for operating retail payments and settlement systems in India. NPCI has created a robust payment and settlement infrastructure in the country. It has changed the way payments are made in India through a bouquet of retail payment products such as RuPay card, Immediate Payment Service (IMPS), Unified Payments Interface (UPI), Bharat Interface for Money (BHIM), BHIM Aadhaar, National Electronic Toll Collection (NETC Fastag) and Bharat BillPay. NPCI also launched UPI 2.0 to offer a more secure and comprehensive services to consumers and merchants.